Overall Economic Impacts of Oil and Gas Industry in California

Today, the economic contribution that the oil and gas industry provides to California remains vast, having positive impacts on the state’s job market, total personal income, and gross regional product. The oil industry is directly responsible for 188,500 jobs in California. However, with an extensive supply chain that includes capital equipment suppliers, contractors, and other providers of goods and services into the oil and gas space, the impacted job count rises to 468,000, 2.3% of the state’s total employment. Other major economic contributions to the state captured by the Los Angeles County Economic Development Corporation include:

While California’s production may have seen its peak in the mid-1980’s – hitting 1.1MM barrels per day in 1985 – the future economic impacts for the industry in California could be huge. Termo’s North Aliso Canyon Project represents just one economic growth opportunity in the California oil and gas market, with the addition of three new well pads as part of a conventional drilling program. Opportunities in areas like the Monterey Shale, however, would rely on emerging and future drilling technologies to expand the industry.

The Monterey Shale – covering 1,750 square miles across the center of the state – could represent the single largest opportunity for expanding California’s economy in oil and gas. According to IHS Cambridge Energy Research Associates, the Monterey Shale could contain upwards of 400 billion barrels of oil, the equivalent of half the amount of conventional oil in Saudi Arabia. However, due to the complex geologic layers in the region, it would be extremely difficult to access these reserves through today’s horizontal drilling technologies. Until then, closer to 15 billion barrels of that may be accessible (though the current production potential of this play is still up for debate). 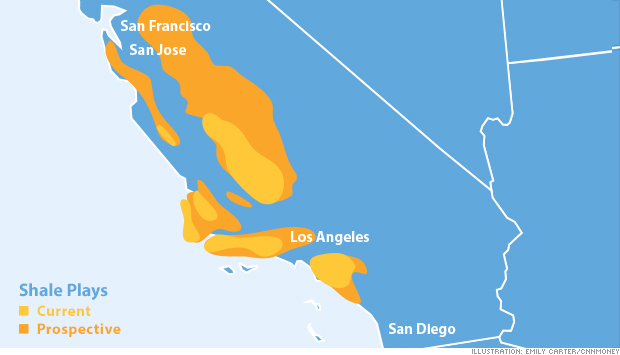 To put it in perspective, looking only at these 15 billion barrels of recoverable oil, a 2013 study performed by the USC Price School of Public Policy shows the incremental economic impact of developing these shale-oil reserves in detail. In looking at the economic benefits over a 15 year period between 2015 and 2030, tremendous growth could be expected in similar categories to those looked at above, including:

With the economic benefit of the Monterey Shale evidenced through the USC study and similar research, it is just as important to weigh the environmental impact as well. In an industry as heavily regulated as oil and gas, Termo recognizes every day that it is our responsibility to make decisions that are both economically and environmentally sound.

Oil and gas clearly has an economic impact in the state of California, and potentially an even more significant impact down-the-line. As economically viable opportunities like the Monterey Shale remain on the horizon, the oil and gas industry will continue to have a long-standing, yet dynamic place in the California economy.